Xanax is a popular drug prescribed for anxiety, insomnia, and panic attacks. It has the generic name alprazolam. Although it’s a commonly used drug, Xanax has a high potential for abuse. Even if you take it as prescribed, you could develop tolerance quickly, which may lead to addiction later on.

Because of the high risk for addiction, it’s a good idea to be aware of the warning signs that you are getting addicted to Xanax. Here are five major signs:

Let’s have a look at each of them in more detail.

If you take too much Xanax, the drug will take a toll on your body. You will then experience symptoms like:

Often, people get these symptoms because they take more than what’s on their prescriptions. That alone can be the beginning of an addiction process.

You can develop tolerance to Xanax fairly quickly. Before you know it, you may find yourself needing higher doses of the drug to get the same effects as before. If this pattern continues, you will become dependent on the drug.

Once you are dependent on Xanax, it is much harder to quit using it. If you try to stop taking the drug suddenly, it could lead to agonizing withdrawal symptoms. These include:

Also, if you take a large enough dose of Xanax, you could feel sedated for several days. Along with this, there are other long-term side effects, which could be permanent. These include: 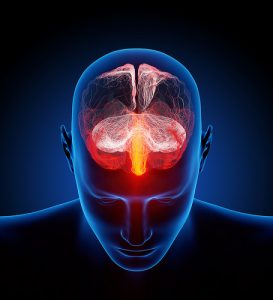 When you are addicted to Xanax, your brain would change as well. For example, you would have new patterns of behavior. Most of your life would center on taking the drug and finding more of it. As a consequence, you would neglect more important tasks at work and at home.

The most common psychological sign of Xanax addiction is the loss of control. In other words, you can no longer function normally without taking the drug. There’s always an “itch” inside of you to take Xanax before doing anything else.

The main action of the drug is to slow down nerve activity in the brain and spinal cord. Thus, if you’re addicted to it, you would become less active and less concerned about the things and people around you.

Aside from these, Xanax addiction produces many other psychological effects, such as:

This usually comes before an actual Xanax addiction. Once you get obsessed with the drug, you would always want to get more of it and take higher doses each time. And because you’re preoccupied with the drug, your behavior would change as well. You’d end up spending a great deal of time getting more Xanax.

Later on, you would become dependent on the drug. That means you can no longer control the urge to keep using it, even if you’re aware of the harmful effects on your body.

Under normal circumstances, Xanax is prescribed only for a short time. Also, doctors would instruct you to slowly decrease your dosage as time goes by. This way, you can eventually “get over” the drug and go on without it.

Also, doctors allow only a few refills for each prescription. So, if you’re addicted to Xanax, and you’ve used up all your refills, you might be tempted to find the drug on the streets. This is very risky, as illegal versions of Xanax contain harmful additives, such as fentanyl. With that, your risk of a fatal overdose is much higher.

Using Xanax along with other drugs 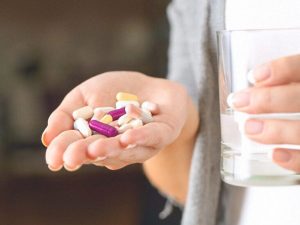 Rehab professionals call this “polydrug use.” This means that most Xanax addicts take the drug with other substances like alcohol. Doing so increases the strength of the high, but it’s also very dangerous and possibly fatal.

If you combine Xanax with alcohol, their effects would compound. Both of them are depressants, which slow down certain functions of the body. Since they act mainly on the nervous system, even important functions like breathing and heartbeat can be affected. If your breathing and heart rate slows down too much, your life would be in danger.

The worst that can happen is your heart rate and breathing would completely stop. If this doesn’t happen, there would still be drastic effects on your nervous system. For example, your reflexes and response time would be severely affected. In turn, you become more prone to bumps, falls, and other accidents.

Xanax messes with your brain’s reward system. Because of it, you want to seek out and use more of the drug to feel satisfied. Pretty soon, no other positive experiences would give you the same kind of satisfaction that Xanax does. Thus, you would lose interest in the things you used to love doing.

Your social life will also suffer as a result. You may end up having trouble maintaining friendships, even with your close friends. You could even begin distancing yourself from concerned family members.

As time goes by and the addiction progresses, you’ll tend to isolate yourself more from your social circles. Being alone, your only satisfaction would be in taking more Xanax. Thus, isolation fuels your addiction even further.

What do I do if I’m addicted to Xanax?

Xanax addiction is a serious matter. If you’d like to stop your drug habits, don’t try to do it on your own. Quitting cold turkey can have disastrous effects on your body.

Instead, talk to a rehab professional and find out what they can do to help you.