Marijuana can easily be categorized as one of the top-most controversial drugs. This is true, not just in America, but in the rest of the world. In America, some states have legalized the use of medical and recreational marijuana thanks to the findings of certain studies.

This means that accessing Marijuana is a lot easier than it used to be a few years back. Almost anyone can pick up the habit of smoking the drug. Regardless of the many benefits of using Marijuana discovered by said studies, the drug is still addictive.

At least 30% of the people that use the drug probably suffer from marijuana use disorder. This is based on the data revealed by the National Institute on Drug Abuse. The continued to state that the earlier an individual starts to use the drug, the more likely they are to develop the disorder.

If the individual does not stop using the drug, then the disorder will turn into an addiction. Perhaps you’re worried that a loved one is addicted to marijuana. If so, you might find this article helpful. However, the right place to start is by learning what the drug is and the symptoms that come with using it. 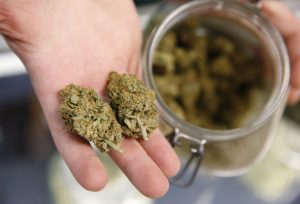 Marijuana is extracted from the cannabis plant before it can be dried and ground up. It contains Tetrahydrocannabinol or THC, a chemical substance considered psychoactive. THC is what is responsible for the high that the user usually experiences after smoking the drug.

Other than being smoked, marijuana can come in many forms. It can come in the form of edibles, oils and capsules just to mention a few.

Symptoms and Signs of Marijuana Addiction

If you’re having some difficulty in pinpointing the telltale signs of marijuana addiction, they include:

The long-term effects/symptoms of marijuana addiction include: 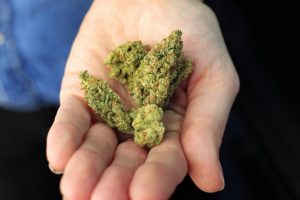 Admittedly, compared to Meth or Cocaine, it’s a lot harder to get addicted to Marijuana. However, the more an individual uses it, the more likely they are to become addicted. Watch out for those that use the drug as a means of escapism.

As mentioned earlier, if the individual started using Cannabis as a teen, they are likely to become addicted as an adult. Hence, as a parent, it would be best to discourage the use of the drug as early as possible. Be okay with talking about the dangers and long-term negative effects of using the drug with your children.

Please note that even though it’s a lot harder to get addicted to Cannabis, it is considered a gateway drug. This means that it opens up the doorway for the user to use more dangerous drugs.

If you’ve already been able to identify that your loved one is addicted, what’s the next step? The next step is to help the addict.

How to Deal with A Marijuana Addict 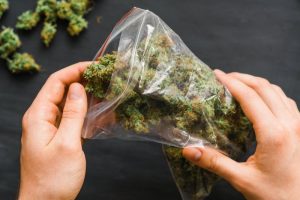 There are some parents or loved ones that were able to identify a problem earlier before it became an addiction. If you’re one of those, then instead of taking them for rehab, there are other ways of dealing with it. When you approach them, try and identify the reason they started using Marijuana.

Perhaps the individual is using it to help relieve symptoms of anxiety, physical pain or even depression. By identifying the cause, you can come up with other ways to cope with the problem.

However, if your loved one is already addicted, the first step is learning how to approach them about it. You may have noticed that whenever you try to bring the topic up, the individual tends to get aggressive and/or defensive. To keep this from happening, try the following:

You can ask friends and family members to avoid enabling the addict as well.